Route 105 ran daily from Shepherd’s Bush (Wells Road) to Southall (Brent Road) via White City, Westway, East Acton, Western Avenue, Park Royal, Hanger Lane Station, Perivale, Greenford, Ruislip Road, Mornington Road, Somerset Road, Cornwall Avenue, Allenby Road, North Road, Carlyle Avenue, Lady Margaret Road and King Street, with a Sunday extension to Hayes Station via North Hyde Road. In 1958 it was extended daily to Hayes, replacing part of withdrawn route 83. In 1959 it was extended during Monday to Friday peak hours to Hayes North via Church Road and Lansbury Drive. In 1965 it was withdrawn completely between Hayes and Hayes North, being replaced by new route 195, and withdrawn between Southall and Hayes except for Sunday and Monday to Friday peak hours; however, just a year later it was extended on Saturdays from Southall to Hayes North Station, replacing route 195. In 1967 the Saturday service was extended from Hayes North to Charville Lane Estate, and a year later the Monday to Friday service was similarly extended, replacing the 195 on those days. Later that year Monday to Friday rush hour journeys were diverted from Brent Road to Arrow Switches Factory. In 1971 Monday to Saturday service was withdrawn between Southall (Brent Road) and Charville Lane Estate, and Sunday service was withdrawn beyond Southall (Town Hall), all replaced by a reintroduced route 195. In 1973 it was diverted at Southall (Western Road) to run to Heathrow Central via Cranford Lane, Cranford and Harlington Corner. At the same time the Arrow Switches journeys were withdrawn. In 1975 the route was split, with some Monday to Saturday journeys terminating at Southall (Havelock Estate). In 1982 the Shepherd’s Bush terminal was changed from Wells Road to Caxton Road, and the Monday to Saturday service was split into two sections: Shepherd’s Bush–Southall and Greenford Station–Heathrow. In 1983 it was converted to one-man operation, and in 1984 diverted in the Dormers Wells Lane area, now running between Allenby Road and Southall via Dormers Wells Lane, Burns Avenue and Lady Margaret Road. In 1986 the route was extended from Heathrow Central via the Cargo Tunnel to Heathrow (Terminal 4). In 1988 the Havelock Estate service was withdrawn, replaced by new route E5.

The 'e' plate is in very good condition with just some surface marking (see photo).

It will be sent POST FREE by Royal Mail Recorded Delivery to UK addresses. 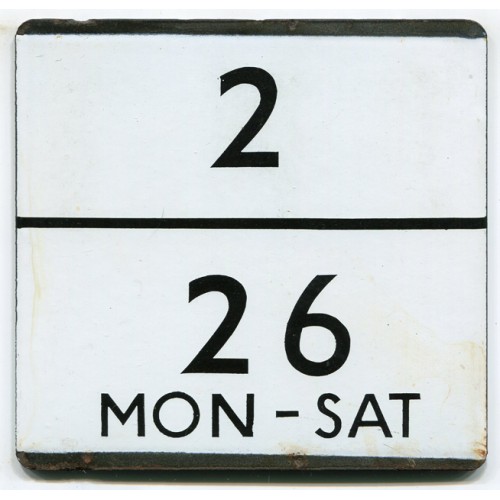 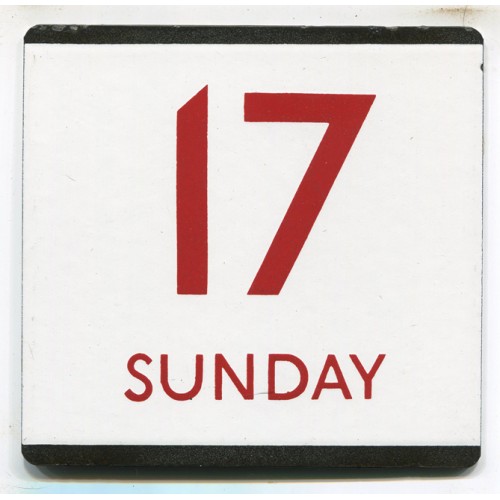 This is a London Transport enamel bus stop 'e' plate for route '17 Sunday'. The plate is approximat.. 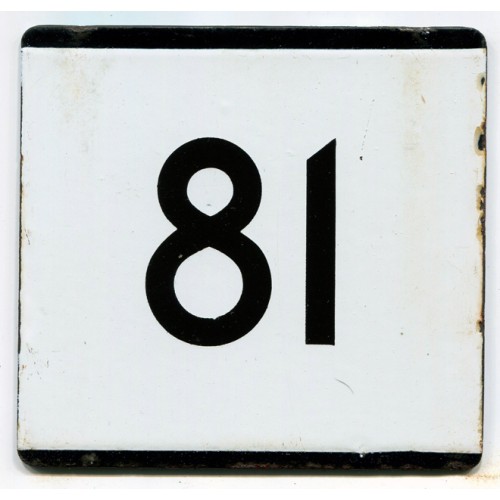 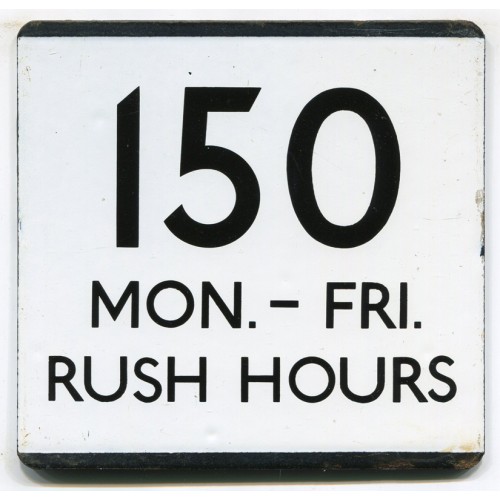